Police and detective work is dangerous and stressful, requiring officers to always be prepared for unexpected events to occur during the line of duty. Some of a police officer's duties include investigating crimes, collecting evidence, acting as a school resource officer, interviewing witnesses, and apprehending/arresting suspects. See what we did in the resume example below to help our client reach the next level in his career. 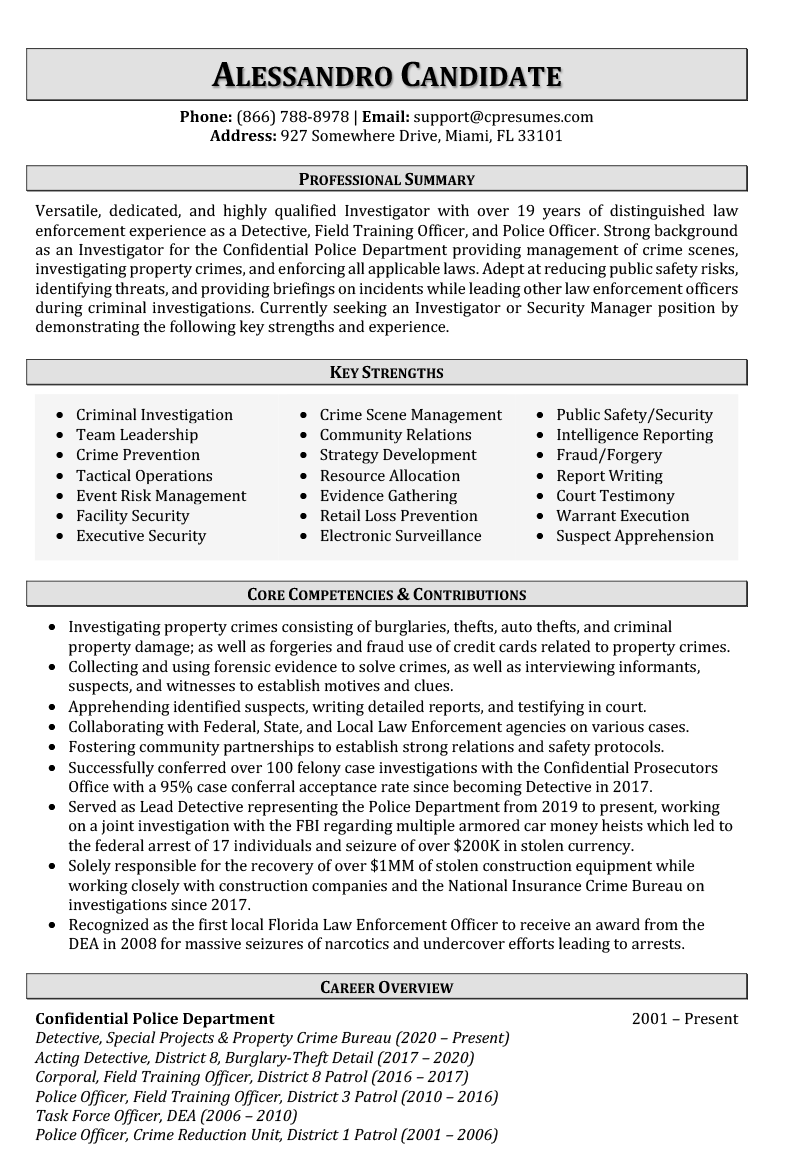 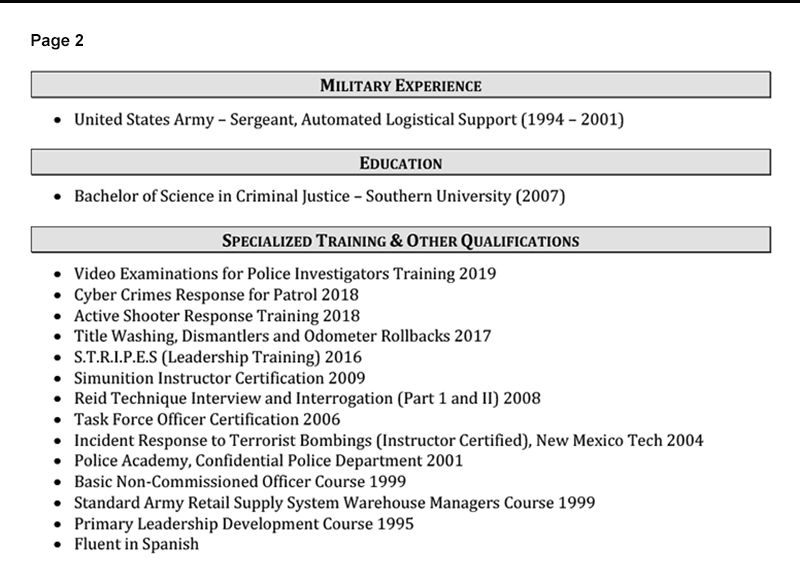 Conclusion of this Investigator's Resume

Alessandro is a distinguished investigator with over 19 years of law enforcement experience as a Detective, Field Training Officer, and Police Officer. He also served as a lead investigator for property crimes while investigating fraud, apprehending suspects, and collaborating with various government agencies to solve major cases. Below are a few highlights from Alessandro's career.

As you can see, Alessandro has a very impressive background in law enforcement collecting and using forensic evidence to solve crimes, as well as interviewing informants, suspects, and witnesses to establish motives and clues to solve major cases. His resume needed to be extremely professional in appearance and organized while demonstrating his dedication to keeping the community safe. If you are in law enforcement and seeking to either move up in the chain of command, or completely change careers, Careers Plus Resumes can help you reach the next level.

Ready to revamp your resume?